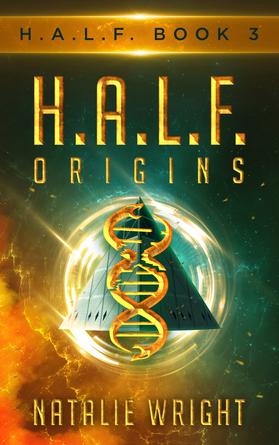 You may think you know all about the aliens called the Greys.

But what if everything you think you know is wrong?

And what if the Greys are only the beginning?

The Makers is Natalie's follow-up to her multiple award-winning novel H.A.L.F.: The Deep Beneath. Read reviews and learn more about the book and the series on Natalie's Amazon author page (link below the trailer). 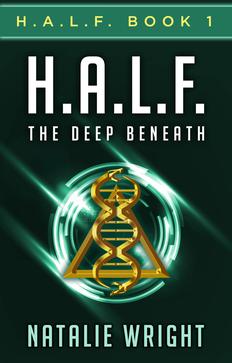 A deadly alien virus spawns an epidemic. Predators attack Europe. And a clandestine organization conspires to profit from chaos and forge a New World Order.

In this heart-pounding finale of the award-winning H.A.L.F. series, Tex,Erika and the rest are in a race against time. For months they’ve fought for their lives. Now they battle to save us all.

Tex and Erika are running for their lives. But when Tex falls gravely ill, a Navajo healer is his only hope for survival. Tex emerges from the ordeal changed in body and mind but with vital information: how to stop the predatory M’Uktah from overtaking the human population and destroying those he has come to love.

Erika Holt seeks a respite from the constant threats to her life but she’s not about to give up. As she and Tex launch a mission to shut down the intra-galactic highway used by invaders coming to Earth to prey on humans, she finds herself growing closer to her troubled half-human companion. But what about her on-again, off-again boyfriend, Jack?

Jack Wilson, with his friend Anna Sturgis, is on a mission of his own. He’s determined to destroy The Makers, an Illuminati-like organization behind the H.A.L.F. program. It’s time to put an end to their schemes for world domination. Complicating matters, an antiviral that could save millions from an alien virus has been stolen.

As both alien and human forces line up against them, the destiny of all mankind is hand the hands of these young warriors. And time is running out.

H.A.L.F. 9 was created to fight in a secret war we don't know is coming. When he proved too powerful to control, he was sedated and kept hidden in a lab.

But he has escaped the lab, and the sedation is wearing off. He's never felt more alive. Or more deadly.

Soon Erika Holt and her friends will cross paths with H.A.L.F. 9, and their fates will become intertwined in this intergalactic adventure.

praise for H.A.L.F.: The Deep Beneath 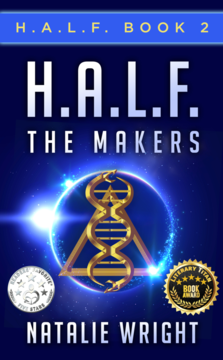